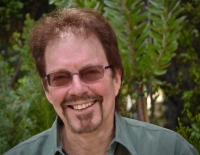 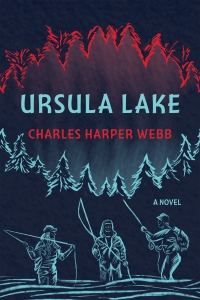 Charles Harper Webb was born in Philadelphia, but grew up in the suburbs of Houston, Texas, with a lush forest of pine and oak at the end of his back yard.  He spent many hours in the woods, camping and building forts with friends, hunting with bows and bb guns, catching carp, sunfish, and the occasional bass in White Oak bayou, and learning to love the wildlife and beauty of the woods.  A baseball fanatic from age five, Webb excelled as a hitter and shortstop in Little League and anywhere that he could find a game.  Product of a musical family, he sang in choir at church and school, and took up the guitar at 10.  He joined his first rock band at 15, playing in popular bands in Houston and the Pacific Northwest, where he attended graduate school at the University of Washington after graduating magna cum laude from Rice University.  It was at Rice that he found his vocation as a writer, changing his major from Physics to English in order, he joked, “to do something frivolous with my life.”  While studying Creative Writing at the University of Washington, Webb became an avid fly-fisherman and student of martial arts, making his living as a rock singer-guitarist, and publishing poems and stories prolifically in literary magazines. He moved to Los Angeles with plans to continue his musical career, but wound up teaching Freshman Writing at USC while earning an MFA in Professional Writing, and a PhD in Counseling Psychology. He built a practice as a Marriage-Family-Child psychotherapist in Beverly Hills, then phased it out when he was hired as a tenure-track Professor of English at California State University, Long Beach, where he currently teaches Creative Writing.

Called by Lifescape “Southern California’s most inventive and accessible poet,” Webb has published twelve full-length collections of poetry, including Reading the Water, Liver, Amplified Dog, Shadow Ball: New and Selected Poems, What Things Are Made Of, Brain Camp, and his latest, Sidebend World, published in 2018 by the University of Pittsburgh Press.  His book of essays, A Million MFAs Are Not Enough, was published in 2016 Red Hen Press. Webb's awards in poetry include the Morse Prize, the Kate Tufts Discovery Award, the Felix Pollock Prize, and the Benjamin Saltman Prize.  His poems and short fictions have appeared in distinguished journals and anthologies including American Poetry Review, Paris Review, Iowa Review, Yale Review, Harvard Review, Poetry, Ploughshares, The Southern Review, The Georgia Review, Tin House, Poets of the New Century, Best American Poetry, and The Pushcart Prize.  He is the editor of Stand Up Poetry: An Expanded Anthology, and recipient of a Whiting Writer's Award, a fellowship from the Guggenheim foundation, and the CSULB Distinguished Faculty Teaching Award.  Ursula Lake is his first novel.